Services that are provided by VMkernel Ports

When port belongs to one L2 network than it’s Access port.

When you are using native VLAN

What all types of VLAN tagging we use in vSphere

Tagging is done through the Guest OS.

Tagging is done by kernel. Guest OS is not doing the VLAN tagging. Virtual switch is doing tagging, that’s why it is known as Virtual Switch tagging.

When frame received by the hypervisor

Physical switch does the tagging.

When do we configure VLAN tagging? 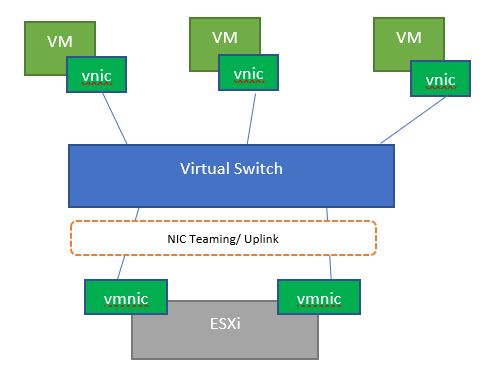 Allocate bandwidth during the bandwidth contention. Below ports does exist where we can configure NIOC.

-        When teaming will be based on the load exist on physical NIC card. Your ESXi host check the workload on NIC in every 30 secs. If load is more than 75% on NIC1, then it will move some traffic from NIC1 to NIC2.

When you have connected more than one Physical NIC to the switch then Load Balancing will come into picture.

We have multiple options in Load Balancing.

Route based on Virtual Port ID: 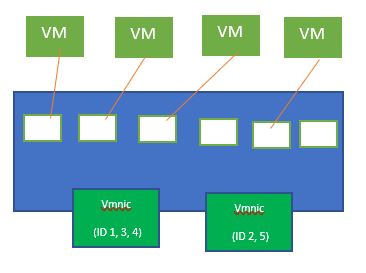 Route based on Source MAC hash:

-        VM can maximum consume the bandwidth of single physical NIC and associates with the vSwitch.

Rouse based on Source IP Hash:

-        Additional workload on hypervisor to get source IP and destination.

-        Need LACP at(EtherChannel) because destination is different always but source is same.  So need LACP.

-        When you manually configure the failover order, then we use Explicit failover.