There are certain prerequisites when we move to deploy VMware Cloud on AWS environment, as listed below. 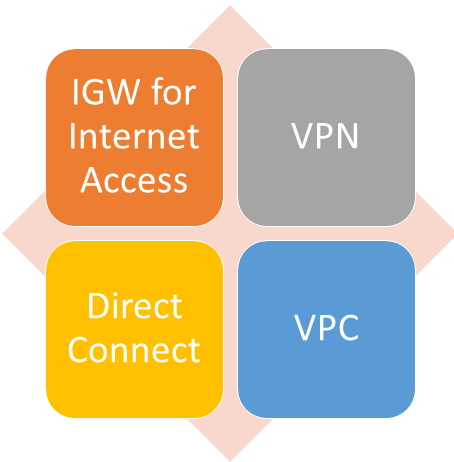 MGW and CGW as discussed below, are known as T1 router in NSX-T terminology. 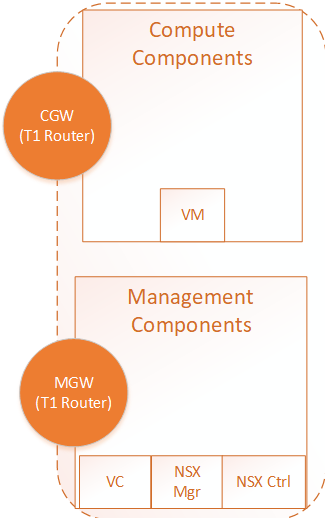 Management components (such as vCenter, NSX Manager, and NSX Controllers) reside on networks connected to Management Gateway (MGW). This is complete managed by VMware and there is no access to end customer.

Compute components (such as Virtual machines) reside on networks connected to Compute Gateway (CGW). This is managed by customers. Created network segments are also part of this and this is automatically connected to the CGW.

These T1 routers are further connected to another router which is known as T0 Router in NSX-T terminology. 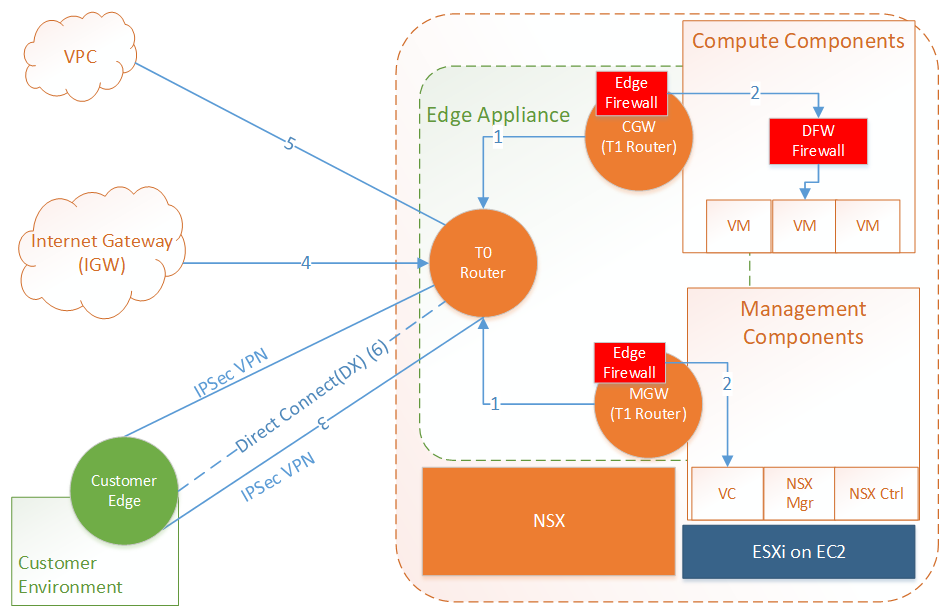 (Source of Picture: VMware and AWS)

Types of Deployment to Create Network Connection in VMC on AWS

There are multiple options to create connection in your VMware Cloud environment or create a networking environment.

It is basic kind of deployment where you want to deploy basic things like ISO, OVA, Template into your VMware Cloud.

If you just completely drag your networking environment into VMware Cloud.

It will be a few replicates your networking environment, turn it off your customer size, and then spin a backup to the VMware Cloud site.

Apart from these two networks, there are always two types of resource pools which get configured in VMware Cloud on AWS.

All components related to management network resides in this pool.

All components related to compute network resides in this pool.